Why Does This Generation Seek Prophesy So Much?

I chose to accept Jesus Christ as my personal Lord and Savior around the age of 20. I knew about God and I liked churched as a child and attended a couple services a year throughout my upbringing. My family taught me things about God and some of those words stuck with me, but my own desires were a priority for a long period of time in my life. It wasn't until I turned 20 moved to Sacramento to live with and take care of my mom who became disabled and begin to seek Christ more.

I had a promiscuous past, dated and "hooked up" with men. God used a weakness of mine to actually provide me with great strength. He used a guy to share the knowledge of God with me. This guy I thought I would marry would soon exit my life 8 months later to marry someone else. God had him do what was needed to be done and removed him. What was needed to be done was me actually recognizing and getting to know God for myself. I needed to know God not from the point of what my family said to me, not from what television told me, but I needed to know Him personally. That was the beginning of the knowledge and revelation I had to knowing God more than just at the surface.

What does this have to do with this generation desiring prophesy so much?

I gave you a bit of background of how the prophetic works. Almost everything is prophetic. Most people think that prophesy only has to do with seeing the future and telling someone or people talking about demons. And given that, people assume that this generation only wants to hear someone telling their future.

Why does this generation seek prophesy so much? It is the sign of the time. It our time.

Revelation of God's Word is prophecy forming to take place. The bible says,

Quench not the Spirit. Despise not prophesyings. Prove all things; hold fast that which is good.

When you despise prophesy, you quench the Spirit of God. When you allow prophesy, prove it to be true by consulting God for confirmation and hold fast to it when you are confirmed that it is good.

Prophesy edifies the church (which is the bride of Christ).

The bible states to,

"Follow after charity, and desire spiritual gifts, but rather that ye may prophesy. For he that speaketh in an unknown tongue speaketh not unto men, but unto God: for no man understandeth him; howbeit in the spirit he speaketh mysteries. But he that prophesieth speaketh unto men to edification, and exhortation, and comfort."

Prophesy edifies by giving you deeper understanding. Someone may be speaking in an unknown tongue that is not their native language and someone else who is not of the native language as well can interpret what that person is saying. While the person who speaks in an unknown tongue is growing in faith, that person can also grow in understanding. Knowing what you are saying when you are saying it provides so much more clarity. It also encourages other people who may be standing by watching. That is just one example of edification from prophecy. Another example could be that someone could be already in church already believing that God exists and he is alive, but they are struggling in their faith in general. This person may internally ask God to show them a sign of a specific thing. That thing can come to pass through someone else or an event happening allowing that person to be edified in their faith.

To edify means to instruct or improve someone morally or intellectually.

Prophecy provides instructions. As I mentioned above that is just one of the examples of how prophecy edifies. Prophecy provides room for personal improvements. It helps people make greater decisions spiritually which will affect their moral behavior. Prophecy allows intellect and it also shows how God is actually an intellectual being and it allows us to connect with Him intellectually. So many people spend a lot of years in church or even years just believing that God exist, yet have never even experienced God as an intellectual being. Prophecy allows you to understand God clearer.

Prophecy exhorts. Exhort means to strongly encourage or urge (someone) to do something. When you become in tune with the prophetic voice of God, it will push you to do things that you would normally not do. It is not pushy in a negative way, but it will urge you to talk to someone who might be battling suicide. It may urge you to give someone the last bit of money in your pocket that you may have been wanting to use for something else, but that might be the money that is going to change the course of somebody else's life. The spirit of prophecy may urge you to do things that other people might not find important but it is for your own personal growth to learn to trust God and be obedient to what he is asking you to do.

A couple years back God has asked me to stop eating meat, I don't know why it was important but it definitely has given me much discipline to turn away meat but I do eat seafood LOL. This discipline and not eating certain foods it's also helping me grow and discipline in other areas.

This generation needs prophecy more than ever to understand God more than what they ever have.

The spirit of prophecy also comforts. It is highly prophetic for someone to speak in an unknown tongue that they have not took the time out to learn. I used to feel as if speaking in tongues was not necessary before I committed my life to Jesus Christ being my Lord and Savior. I didn't think it took much but I did know that deep down I wanted to experience that. I remember when I was seeking to be filled with the spirit of God to speak in other tongues, I fasted for 24 hours. My pastor at the time decided to cancel a regular Bible study and he proposed that we have a session where we would seek to speak in tongues and worship. That day I experienced the Holy Spirit indwell in me and I began to speak in an unknown tongue. It became so surreal that even the doubt in my mind wouldn't allow me to speak in my native English language. I had doubt, but God allowed me to overcome that. That provided me much comfort. 2 weeks after that I hadn't spoken an unknown tongue so doubt began to resurface. I asked God again to allow me to speak in an unknown tongue and in a environment of worship and praise unto God, I begin speaking in an unknown tongue once again that same day. I was once again comforted. When I am in a place of worship in my heart and in my surrounding, I actually hear the voice of God tell me to comfort other people with hugs. I'm a very distant person, I am very introverted, but I know that God urges (exhortation) me to hug other people at times (comfort for others). It is only at times and it is specific people and I know that it is because that is something that they need. It is also very helpful (edifying) in the area of improving my personal development to connect with other people.

Prophecy works on us personally as we are used by God to help work on other people simultaneously.

Why does this generation seek prophecy so much? Because God puts it in us to do so.

There are so many levels to the prophetic and we have only reached the tip of the iceberg. I pray we can all get on one accord in this area so that we can see more of God.

Do not quench the Spirit of God.

Popular posts from this blog 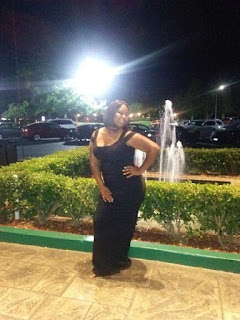 Me at Church Anniversary 2018!!!!! Before I found this dress, I was a bit discouraged because I wanted to attend my church anniversary and I didnt have much money left. I was looking everywhere for a dress and couldn't find anything. I was just gonna stay home. I prayed and asked God to help me find a nice dress no more than $50. I didnt plan on going in this store. But my mom's was taking forever with my little brother shopping for football gear so I ditched them lol. When I saw this dress, I thought o ok this is nice. I guess I'll try it on. When I put this dress on. I fell in love. I am a laid back jeans and tshirt type of lady lol. I honestly had never worn a dress like this before lol. When I put this on. I immediately smiled and my heart flooded with so much confidence. I was praying to God ..like wow!!! You really created a beautiful woman. I struggled with my outer appearance all my life. I thought I was fat and ugly. But the Lord is healing me in the ar
Read more

The Power of Shame

- March 25, 2019
Shame is a deep issue. It lingers....it seems as if you grow from shame but shame is something that will linger around until the perfect opportunity for it to show itself in us. It isn't a one and done thing to overcome. I believe that the cause of it is, worry. I believe the worry comes from what other people will think about you. Worrying about what others think stems from comparison. Comparing yourself to someone is a result of judgement. Not judgement of others, but judgement of yourself. Shame causes unease. It causes us to critique everything about ourselves. The way we look, how we sit, how we eat, even how we act around certain people. It will cause us to review and rewind in our heads, conversations, actions and even short encounters with people. When we review it, we critique and suggest we should have done something different that would have aided on a positive note or even if it was positive, it could have been even greater moment. Shame will cause you not to move
Read more